Jordan Brand has had a lot of good news in 2022, on the technical hoops side of the business, particularly with its modern Air Jordan 36 silhouettes. The shoe label’s growth has remained in the spotlight following the official introduction of the “Flight School” colorway as well as its collaborative Rui Hachimura footwear collection, which reimagined the Air Jordan 36 style.

After witnessing some of the most appealing hues in the Naot Shoes Womens first half of 2022, it’s time to be ready for the forthcoming colorways of the silhouette. To make it easier for you, here’s the compilation of three upcoming AJ36 releases, which you can buy in the coming days.

Despite the fact that the Lunar New Year has passed us by, Jordan Brand is still embracing the Year of the Tiger with a new colorblocking of the Air Jordan 36 arriving with tiger details that will be released later this year.

The sneakers feature a leno-weave upper with a multi-colored ombre pattern that is both robust and airy. The lace compartment on the black tongue shows a Tiger instead of the Jumpman featured on the AJ 36. The speckled black and red drawstrings complete the uppers.

China is getting a belated CNY Air Jordan 36 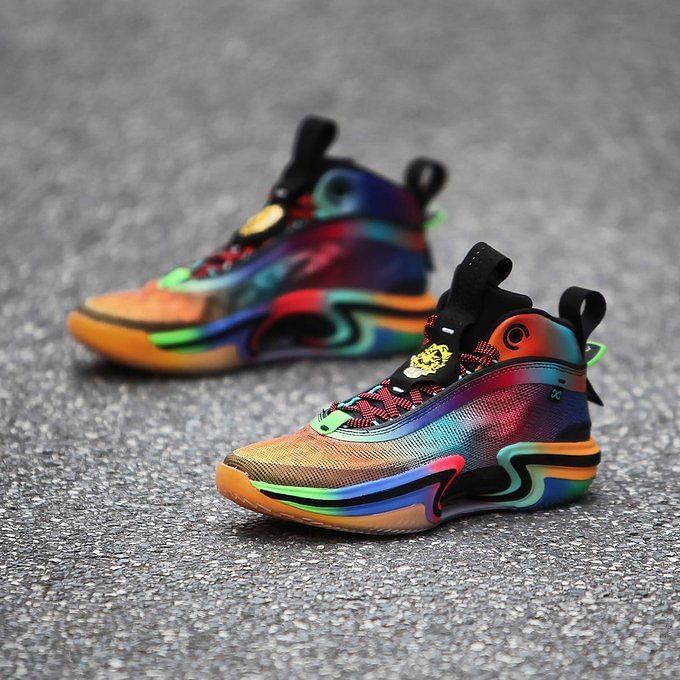 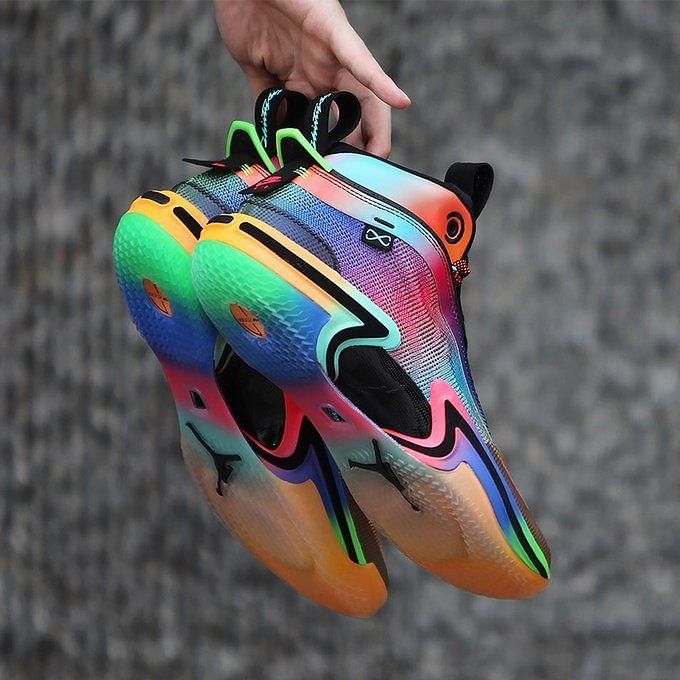 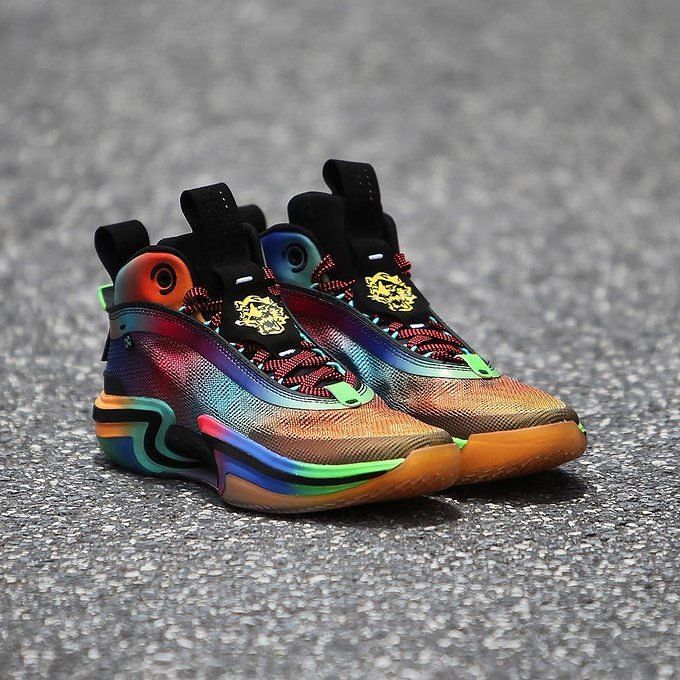 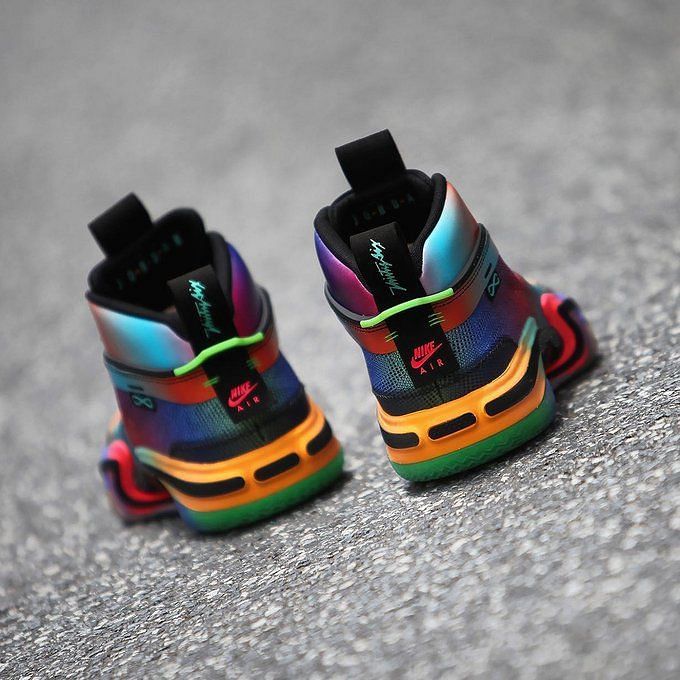 The midsole has an identical multi-colored gradient as the upper, with black accents on the stripes, and the Air Jordan 36 boasts a Zoom strobel configuration with a black shank plate and a multicolored translucent outsole.

The “Year of the Tiger” of AJ 36 shoes are expected to Propet Sneakers be released anytime soon. Although most details of the price and release date are to be announced by the brand, they will be dropped on Nike’s e-commerce stores as well as a few select stores.

Being among Jordan Brand’s faces has its pros, and Jayson Tatum’s slew of Player Exclusives speak for it. The player’s love of tacos is no longer a secret to the sneaker world, particularly after the introduction of his limited edition Air Jordan 34, released a couple of years ago. The Taco Jay colorway, which was previously only available as a PE, is now available on the AJ36, and will be released later this month.

The Citron Pulse upper is constructed of leno-weave, which makes it sturdy and breathable. The upper portion of the shoe is further composed of a matching tint of suede. The Tatum’s Taco logo is on the lace pouch and insole, with green and orange details all over. Taco Jay is depicted on the heel pull tab, with green suede on the tongues and tongue pull tabs to resemble lettuce on a taco. 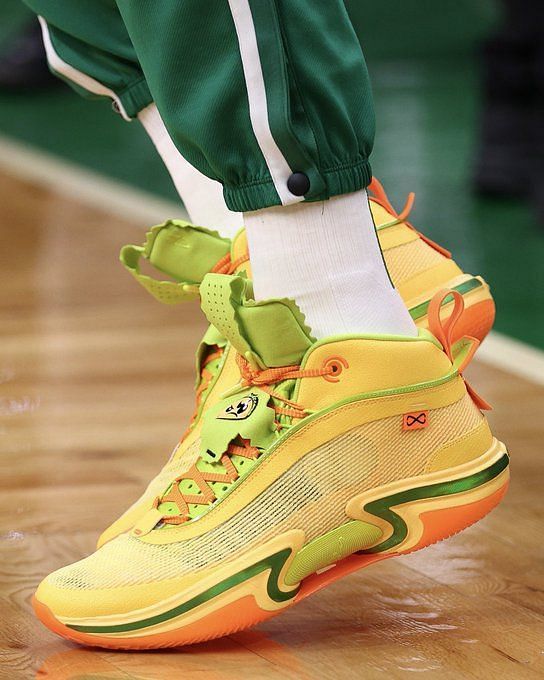 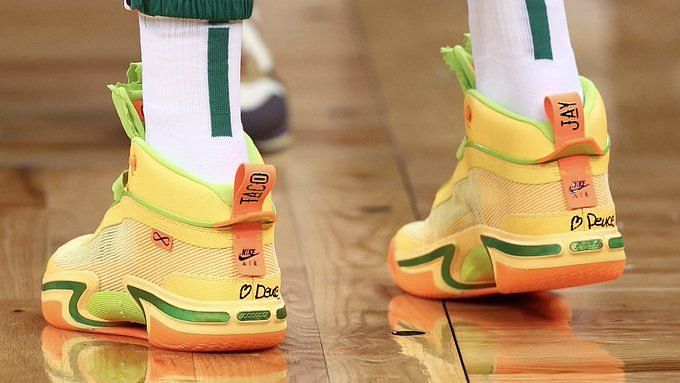 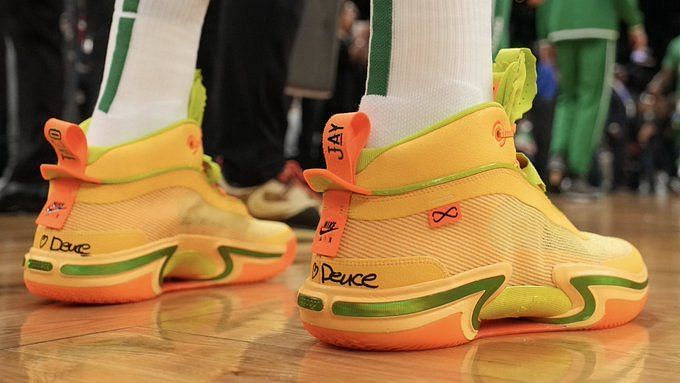 The midsole has Citron Pulse with Atomic Green elements, Taos Sneakers  while the Air Jordan 36 has a Zoom strobel arrangement with an Atomic Green shank plate and a glassy orange sole unit to match the rest.

This Jayson Tatum-inspired Air Nitro “Taco Jay” will be released on June 17. If you love tacos like Jayson does, then these Air Jordans can be your perfect pick for $195. Fetch them soon via Nike’s online store and other sellers.

The Defining Moments Pack, launched in 2006, has since inspired a wide range of footwear. The top of this AJ36 Low is sleek black with a gleaming top layer. As it runs along the midsoles, the golden midstripes add even more sheen and intricacy to the footwear. The distinctive Jumpman and the infinity side tag have additional gold accents. The upper is supported by a white midsole and a frosty outsole.

These Defining Moments Pack-motivated Air Jordans will be launched on June 23. The retail price tag for these shoes is fixed for $165. Interested buyers can purchase them via the online stores of Nike.com, Finish Line, and JD Sports.