The Giro Republic R Knits are a great pair of commuter/gravel/touring shoes that, with the new knitted construction, offer better breathability over the LX R version that I reviewed a few years ago.

The one thing about Giro’s Republics I can vouch for is that they last very well. I have been using the same pair for commuting since early 2019, and for around 18 months of that they were used every single day. Despite a couple of scuffs on the toes and scratches on Nike Outlet   the sole they look like they could have been taken out of the box yesterday.

The main difference between these shoes and the other variants of the Republic is that they have a knitted outer with an internal TPU skeletal system to keep their shape and keep the foot in place. 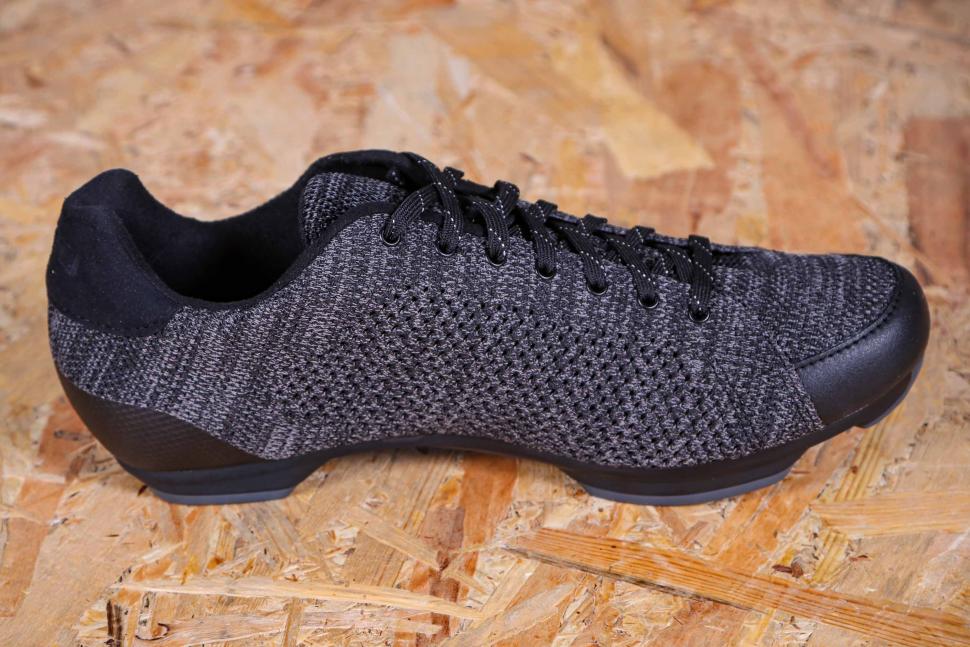 Giro has used its ‘Xnetic Knit’ which is made up of a blend of nylon and polyester fibres. The interesting thing about knitted shoes is that they allow for a diversity of construction without requiring different panels. So Giro simply adds more nylon fibres where rigidity is needed (like near the laces and towards the sole) and uses a higher proportion of polyester where rigidity is less important (like on the sides).

There is also a variety of knit used throughout the shoe and even across the same panel. 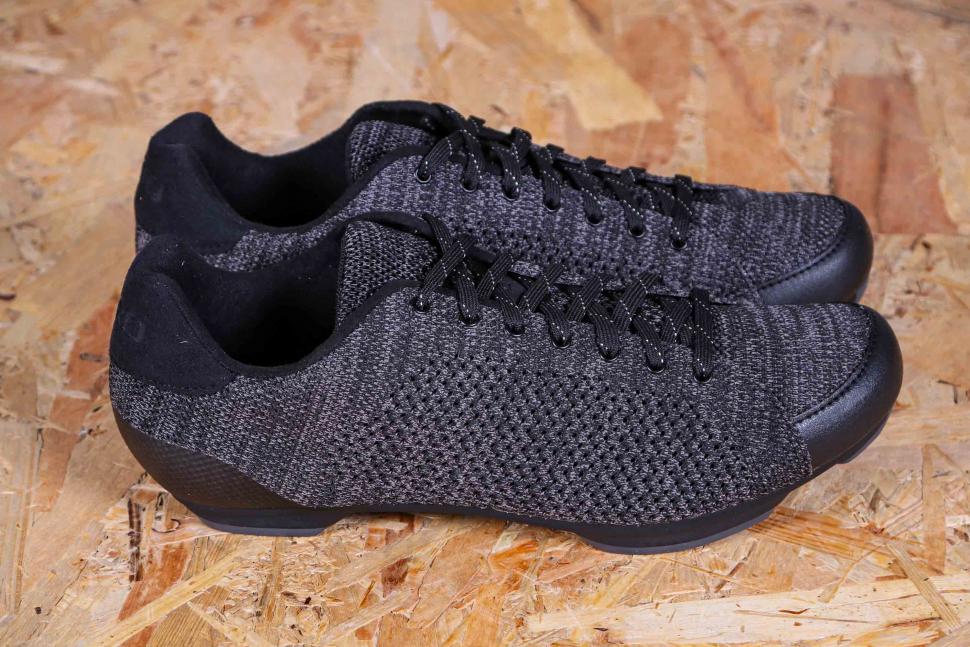 On top of the toe box the weave is much tighter because that is where it needs the most durability, while on the side of the shoe and beneath the laces the knit is much looser to allow for additional airflow.

One of the slight bugbears I had about the LX Rs was that they weren’t as breathable as some; now, with their knit construction, these are considerably better. You can genuinely feel the wind over your toes when wearing them, which means they’ll still be comfortable to ride in when the mercury begins to rise. There were a few times with the LX Rs when I forgot to Asics Shoes take extra socks to the office on days when the temperature went over 30 and people in the office were as aware as I was that the shoes were not the most breathable…

One thing people are often concerned about is how well shoes with a knit construction hold the foot, and I am happy to say that the lacing system on these shoes combined with the strategically strengthened areas means there was no slippage and no hotspots. As with all lace systems, you lose the element of adjustability on-the-go that you have with Boa or even Velcro, but that’s a given when you choose them. 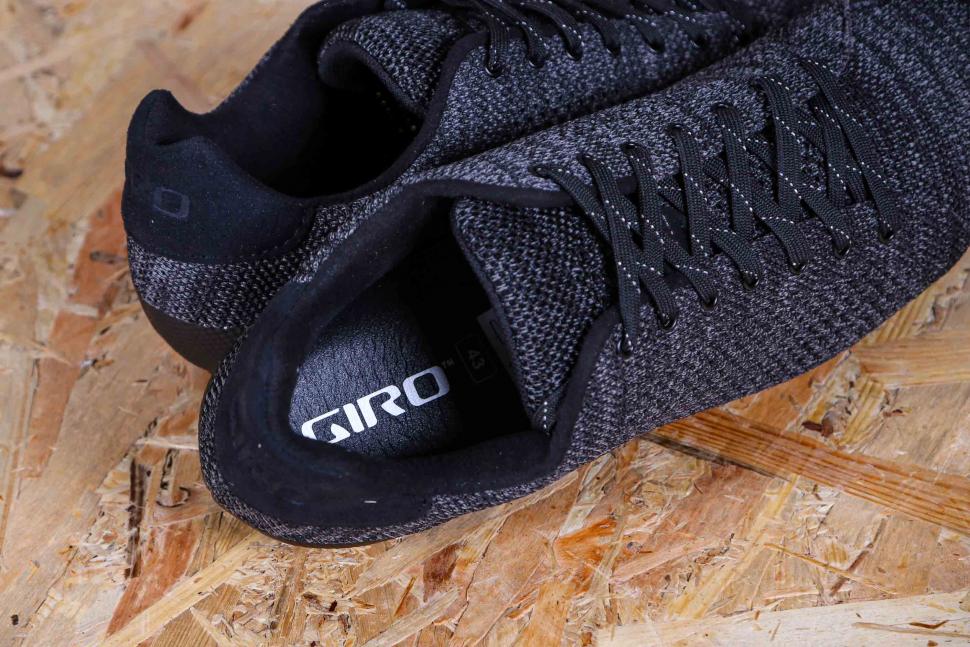 The only other thing that has really changed on the R Knit is the addition of a rubber toe guard. Although the previous versions don’t scuff particularly easily, there are a few marks on the front that you would expect from three years of near enough daily use. So far at least, these new ones haven’t scuffed and seem unlikely to in any significant way. 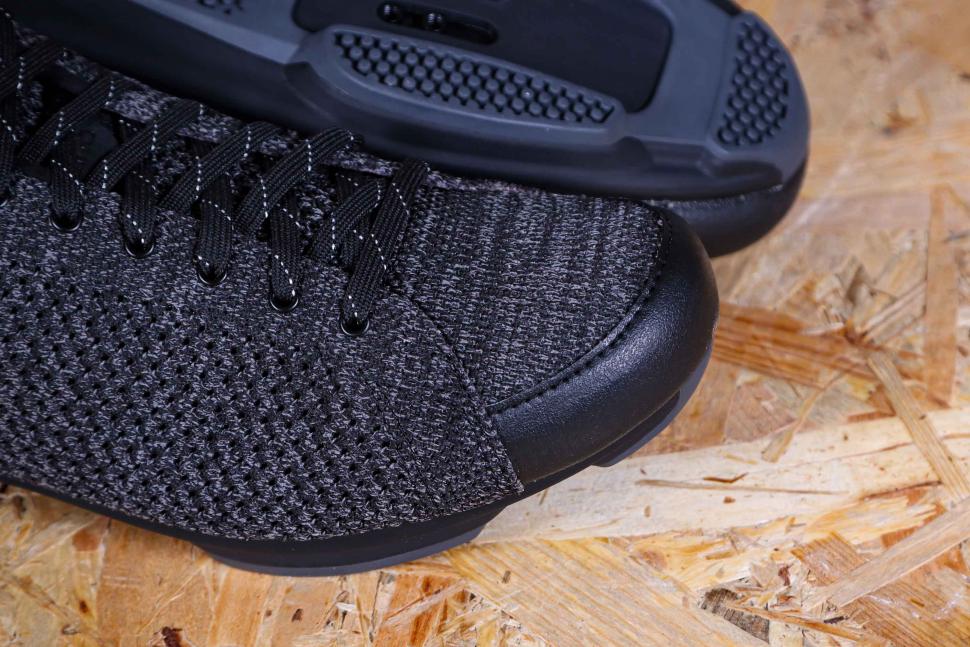 Giro has used the same sole design as earlier Republic models, which is no bad thing. It has four rubber walking buffers which have been designed with a curve that allows you to walk like a normal human being, rather than the kind of half-penguin, half-scuba diver stride you normally need to adopt with cycling shoes. These are incredibly easy to walk in – there isn’t really a difference between walking in these and a pair of trainers. 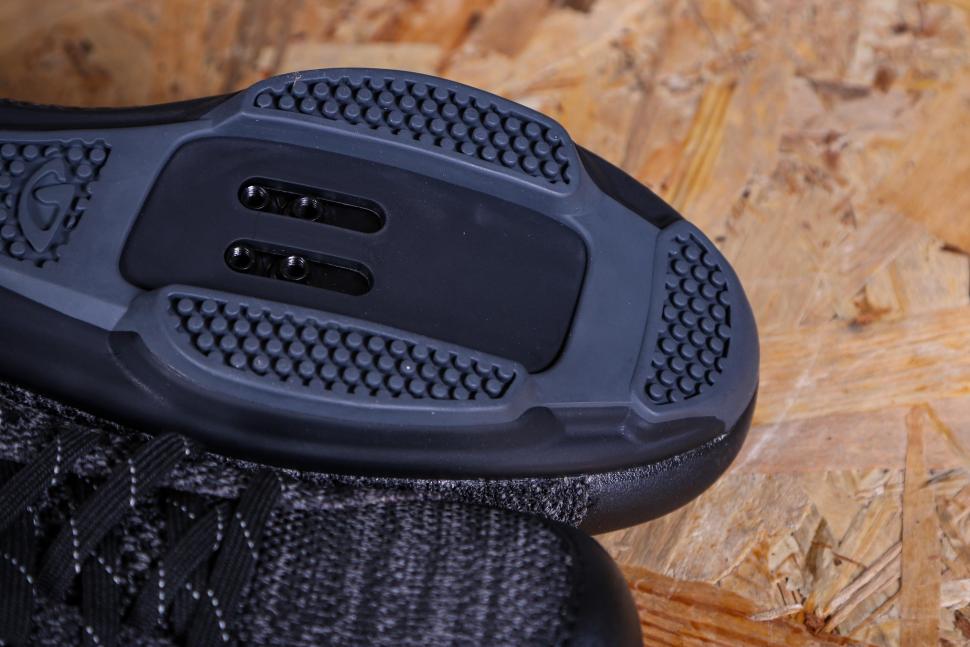 Beneath the buffers is the same nylon sole as previous Republic models, which certainly has a little more flex than something with carbon in it, but is still pretty good when you want to put the hammer down or when you’re grinding up a hill. I wore these on several hilly Vionic Sneakers rides and although there is a marked difference to a top-end carbon-soled road shoe, they are more than adequate for more everyday riding.

Since using the LX Rs so much in the last few years it has also become clear to me that I actually prefer to have a nylon sole because, as Nancy Sinatra almost said, ‘these (knitted cycling shoes) are made for walking’, and having a carbon sole being delaminated by stones and rocks would just be so much worse than a few scratches on a nylon sole. 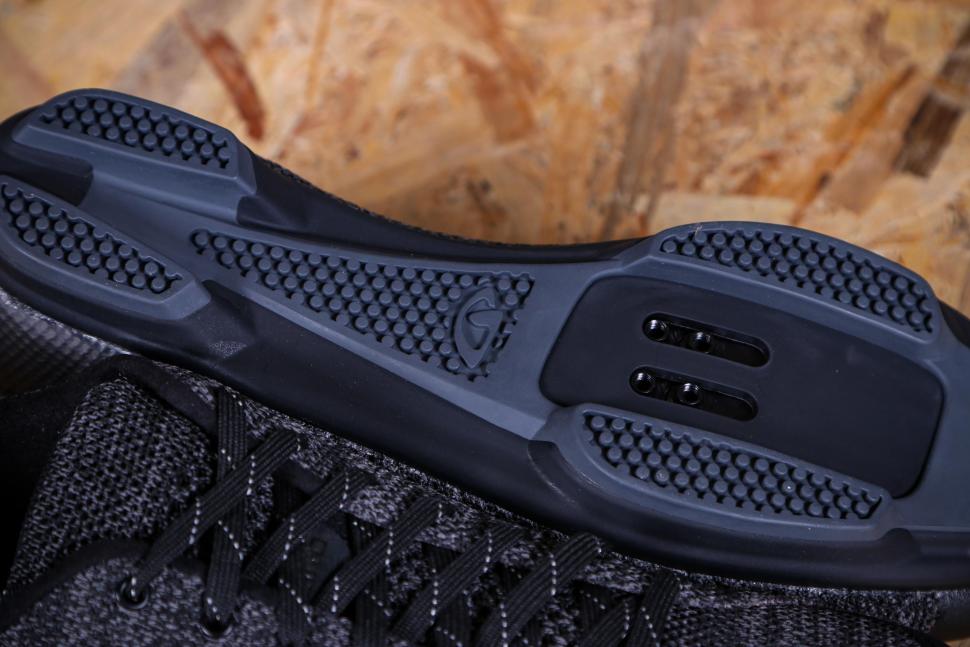 As the shoes come with those fairly substantial walking buffers on the bottom, they are restricted to two-bolt cleats. This isn’t the end of the world, but does mean you are a little more limited in pedal choice.

Another nice feature of these shoes is the reflective thread added to the laces which, although not exactly blinding, gives you an extra little bit of visibility in low light conditions. 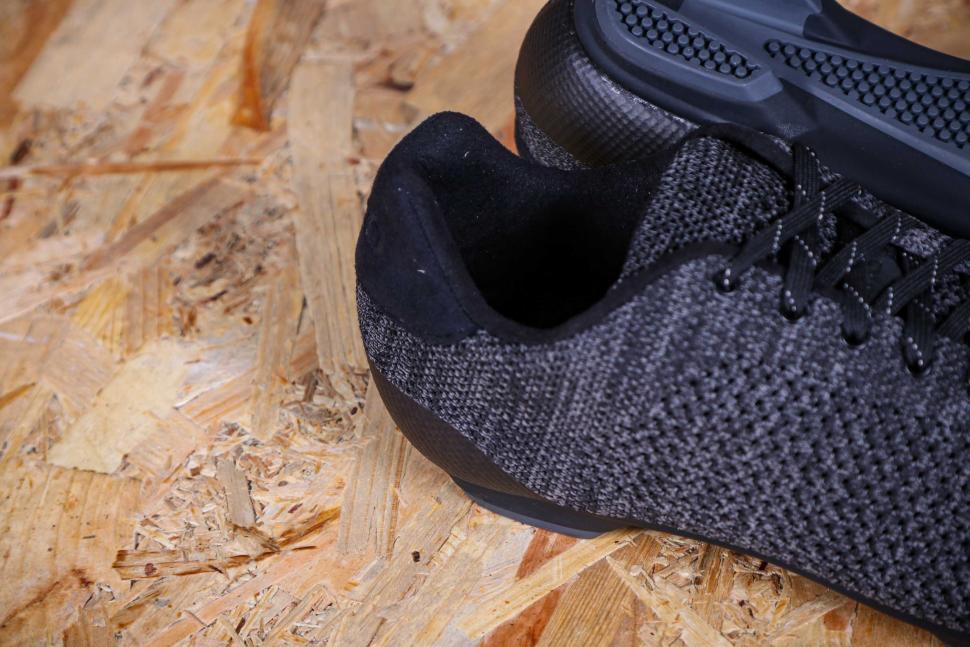 Weight isn’t really a focus of these shoes, given their intended use, so coming in at 720g (360g per shoe) isn’t class beating, but is still pretty good. The Bontrager Forays that we recently reviewed come in at 70g more, and the DMT GK1s are 27g heavier, so these still measure up pretty well.

With an rrp of £139.99, they’re £30 cheaper than the LX Rs. Given that they are more breathable, innovative, and more environmentally friendly, that seems like a good deal.

The DMT GK1 Gravel Shoes(link is external) I mentioned above come in a full £50 more and don’t have the same kind of foot retention, and only have a limited knit compared to the full shoe on the Republics.