This month, Yeezy Foam Runners will be released in two new colorways, “Desert Sand” and “Onyx,” while the BSKTBL shoes will be available in the “Slate Azure” palette at Adidas Yeezy.

Whether you’re a Yeezyhead or a Jordanhead, NOBULL Shoes Canada week two of June 2022 has something special for every fan. Look for the “Visionaire” and “Zen Master” hues of Air Jordan 1 High and Air Jordan 4, respectively, which are dropping this week.

Continue reading for a roundup of top footwear releases for week 2 of June 2022.

The long-awaited Air Jordan 4 Zen Master is finally dropping on June 6th, where each pair will arrive for $210. One sad news is that the sneaker enthusiasts residing in the US will have to wait for a wider release, as these shoes aren’t released in the country.

A gradient arrangement in various tones of pink and purple wraps the uppers. The wings are translucent, as is the heel tab with the Jumpman insignia, while the quarter sides and forefoot are made of black webbing. The shoe is finished with a black and white tiered footbed, a heel Air unit, and a grey and black sole unit. 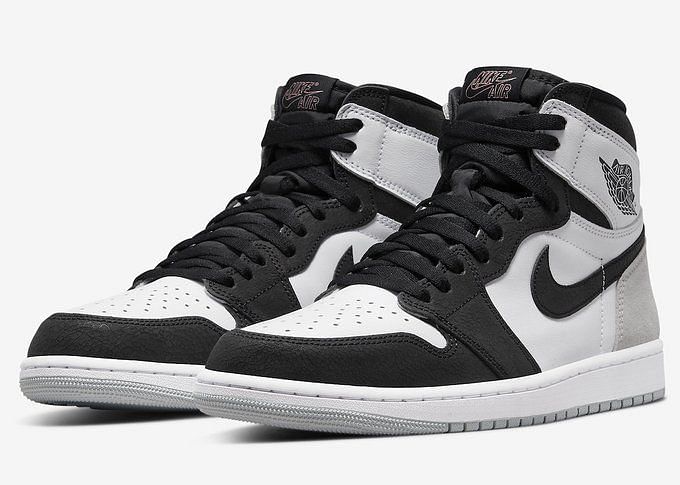 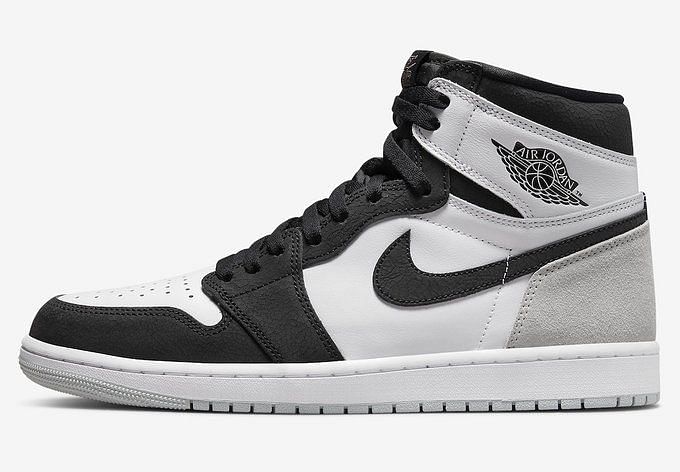 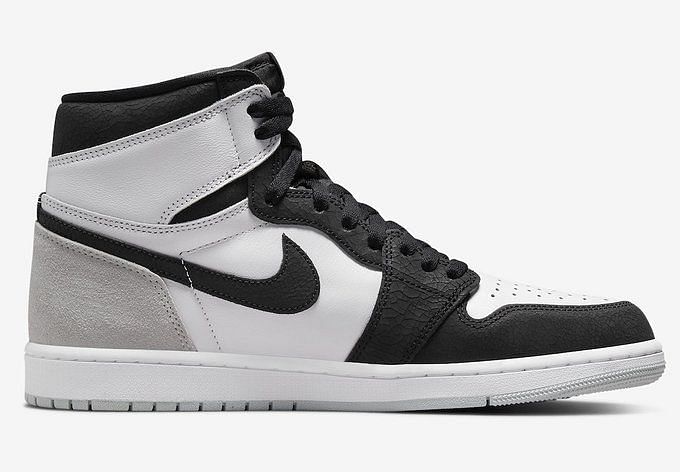 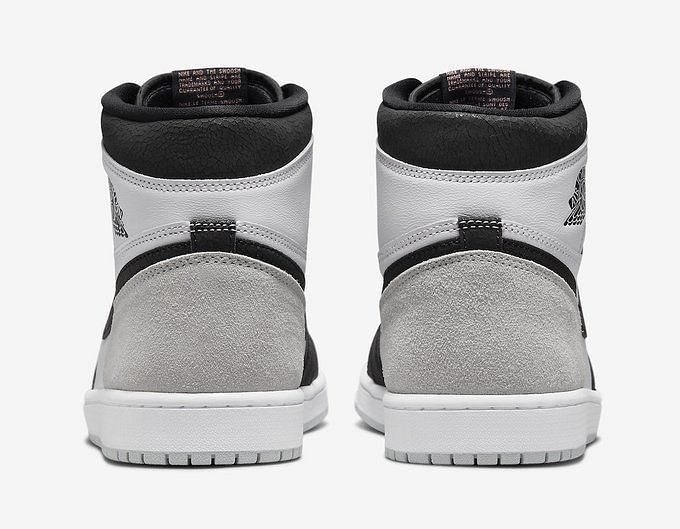 Black patterned accents contrast the white leather foundation of this Air Jordan 1 High OG. Gray suede adorns the heel counter, while a dusty pink outline of the Swoosh emblem appears on the tongue tags. The Wing insignia is debossed in black on the ankle collar, and the footwear is complete with a white footbed and grey outsole.

Originally supposed to release on May 14, the Air Jordan 1 High OG “Stage Haze” will now be accessible for $170 on June 8, 2022, through SNKRS and select retailers.

The Air Jordan 36 “Flight School” will be offered $185 on June 9th at Nike.com and select retailers.

The footwear boasts a white and black leno-weave top that is both robust and airy, with black nubuck forming the top half of the shoe. The type font from the Air Jordan 6 Flight School advertisement is used throughout the upper, with Infrared tonal variation on Oofos Canada   the Jumpman logos on the lace pocket and the footbed stripes. The Air Jordan 36 is finished with a Zoom strobel system, a black shank plate, and a frosty outsole. 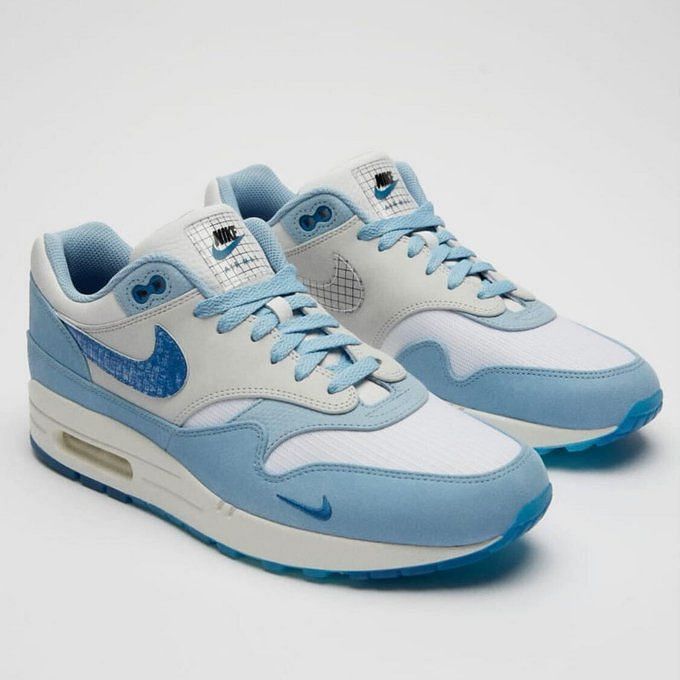 The shoes, which enthralled the fans in March, are back again. The Blueprint colorway will be launched on June 9th. Priced at $150, grab these pairs from Nike’s online store as well from stockists like StockX, eBay, and GOAT.

This sneaker, which celebrates Nike Air Max’s 35th anniversary, has grid-like elements across the surface of the top and blue nubuck on the mudguard and heel counter. The “3.26” detail on the aglets confirms that this footwear was released in honor of Air Max Day, marked on March 26th. A sail footbed and a frosty blue outsole enhance the sneaker’s aesthetic. 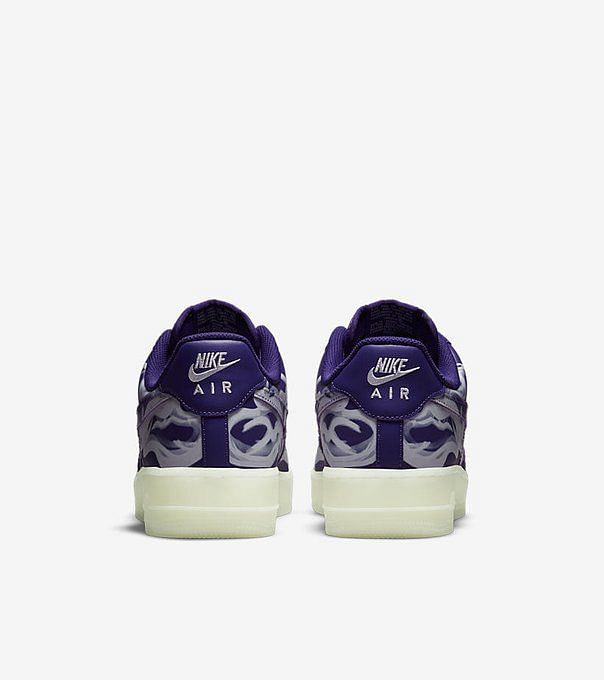 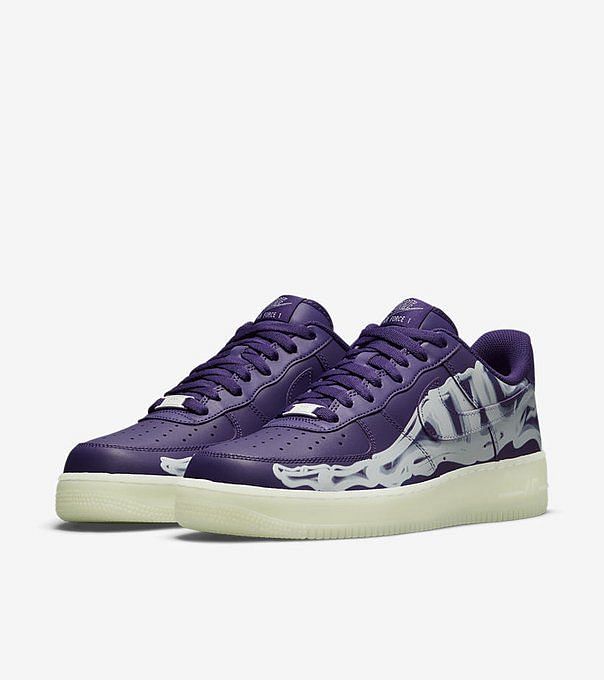 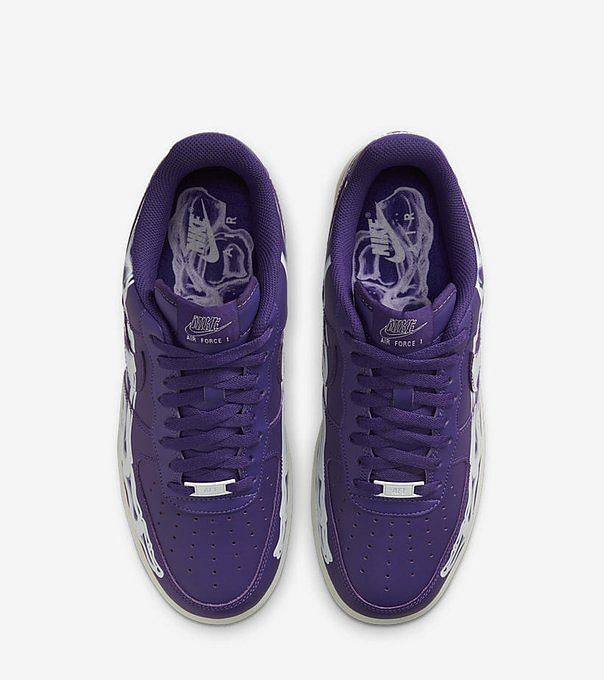 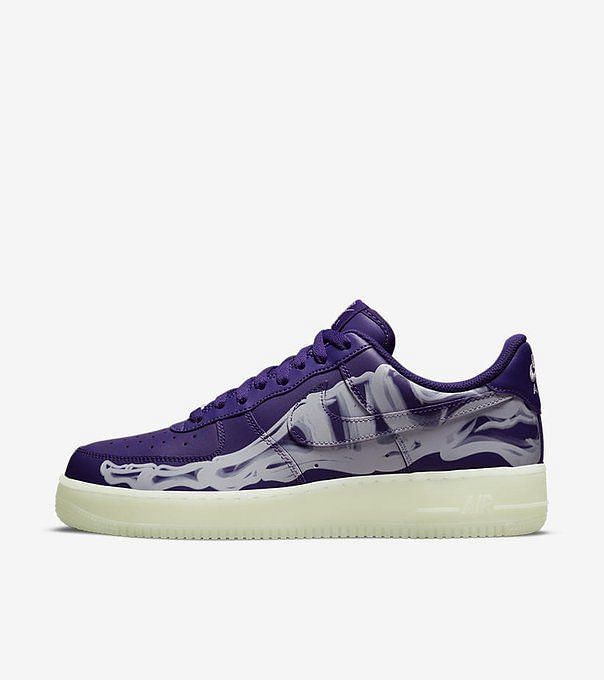 The top of this Air Force 1 is monotone and fashioned with “Court Purple” leather. The side of the shoe sports a clear white skeleton X-ray impression of the foot. To complement the spooky theme, the inserts are stamped with X-ray graphics. The sneaker is complete with a glow-in-the-dark footbed and AF1 dubrae for an additional scary look.

This Reebok Classic Leather offers a sleek rosewood print design based on the renowned Eames Lounge Chair. The faux-wood pattern makes up most of the upper, extending from the Reebok logo on tongues to the toe boxes. The Eames insignias appear on the side of the footwear in little white boxes. The tongue flaps and heel sections feature Reebok branding. The midsoles are dark brown.

The Eames x Reebok Classic Leather “Rosewood” sneaker Chacos Shoes will be accessible online at Eamesoffice.com on June 9th, with a wider release on June 10th through Reebok.com and select retailers. Each pair will cost you $120.

(Exit and click link again if page is down) 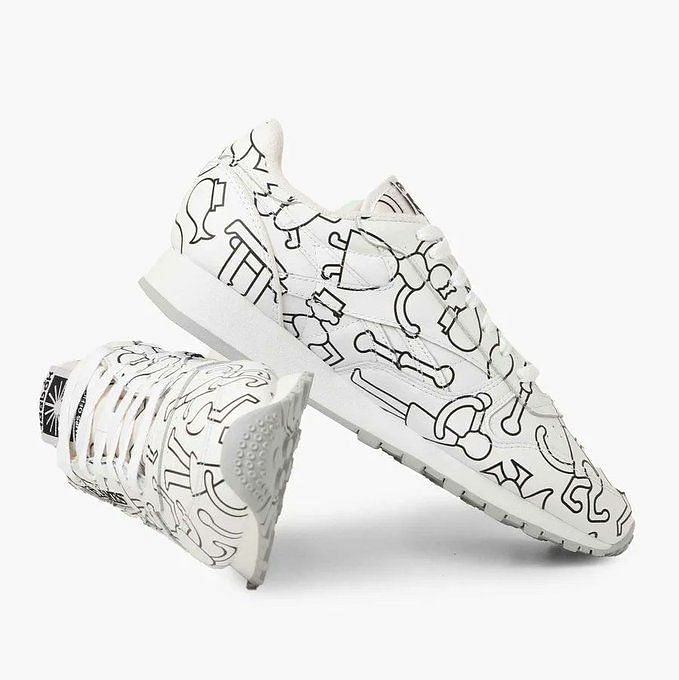 The shoe embraces a white leatherette exterior with dramatic black geometric designs across the footwear, which the Eames’ Coloring Toy directly influences from 1955, a coloration and construction kit. With Eames labeling on the tongue tags and medial side, users are welcome to color in the outlines and add their unique touch to the shoe.

The Eames x Reebok Classic Leather “Coloring Toy” will be available to purchase on Eamesoffice.com on June 2nd for $120, with a worldwide rollout on June 10th through Reebok.com and its select stores. 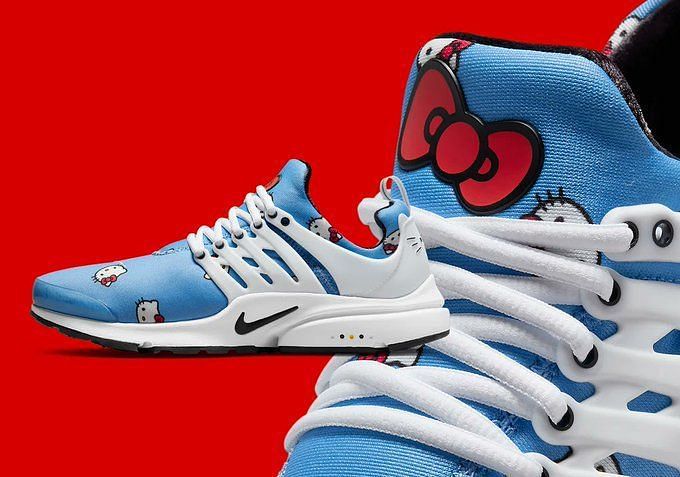 The forthcoming pair sported a University Blue neoprene outer with Hello Kitty’s visage printed all over the shoe. The Swoosh on the front is white, and the outer cage and the heel counter, on the other side, feature Hello Kitty’s face once more.

The Swoosh in black and the Nike Alpha Project 5 dots emblem in white, black, and yellow are featured on the white underfoot, while a black sole accomplishes the look.

The Hello Kitty x Nike Air Presto will be purchasable on SNKRS and a few select sellers on June 10th for $140, following its initial release on Sanrio.com.

The shoe has a grey, blue Primeknit exterior with a grey and blue ankle collar comparable to that found on a couple of other soccer cleats. A glassy outsole wraps a full-length BOOST cushioning system with a prominent glowing heel counter.

On June 10, 2022, the Adidas Yeezy BSKTBL Knit “Slate Azure” sneaker will be dropped. Check out adidas.com/yeezy, Yeezy Supply, and select stores for ordering them. The cost has been fixed at $300 for each pair.

Though it is named the General Purpose Shoe, the sneaker mimics Nike’s Killshot 2 fashioned with Tom Sachs’ touch. The shoe features a cream mesh foundation with grey nubuck embellishments and a white fused Swoosh.

Fuses once again surround the nubuck mudguard and its toe box. The gray netting tongues bear the tongue tags and pull tabs akin to the Nike Mars Yard line, but rather than red, it is royal blue, which is repeated on the inner liner with the NikeCraft logo.

Tom’s signature sits on the heel tab, and the cup-sole footbed is gum with a rigid black waffle bottom to finalize the sneaker.

The Tom Sachs x NikeCraft General Purpose Shoe will be purchasable for $110 on June 10th at Nikecraft.com. 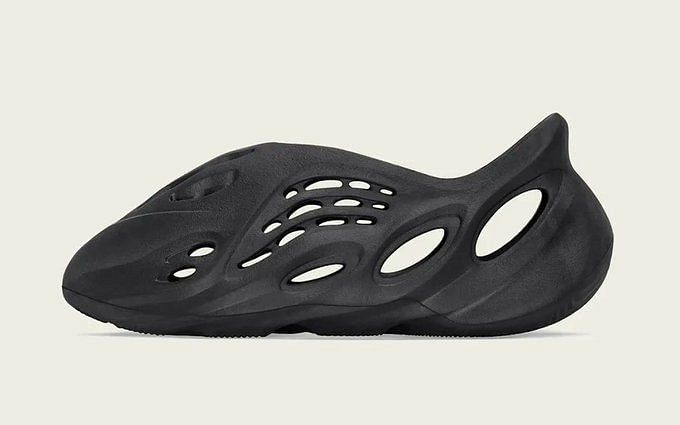 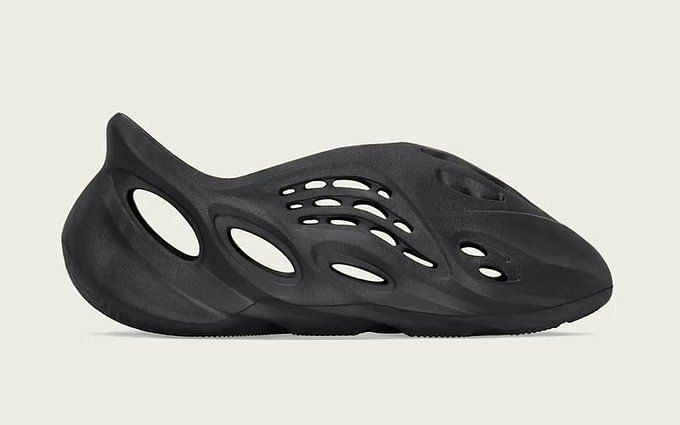 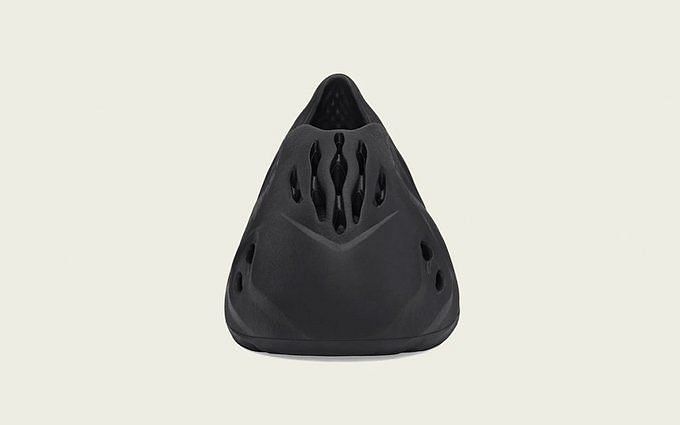 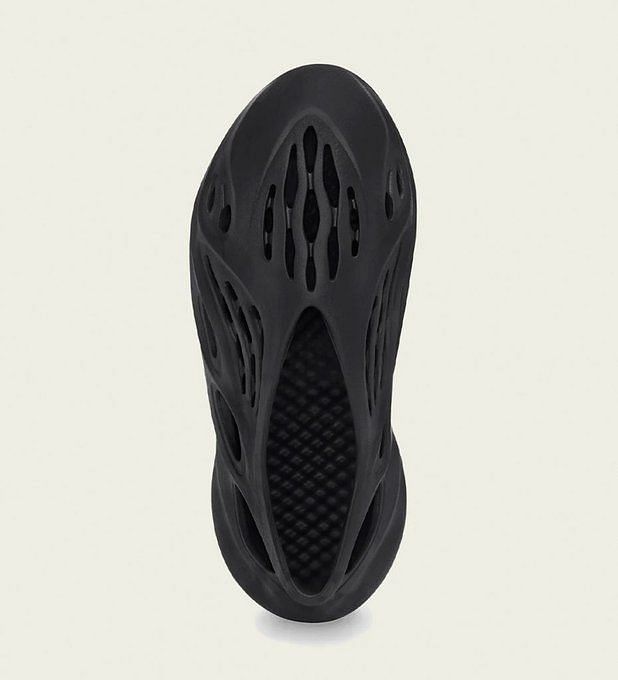 This EVA foam shoe possesses a marbled-like appearance that was previously only seen in various tones of brown and grey. The footwear has oval perforations and vents all around and a ridged structure on the sole for traction. Only the Adidas emblem appears on the heels of the insole, and a wavy style is incorporated on the outsole for grip.

On June 11, 2022, the Adidas Yeezy Foam Runner “Onyx” will be made available. Visit adidas.com/yeezy, Yeezy Supply, and select stores to buy your pairs. The price is determined as $90.00. There will be enough room for all the fans as they are offered in varying family sizes. 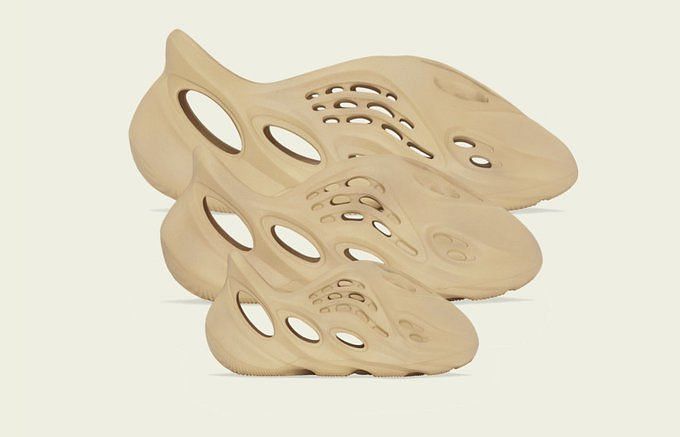 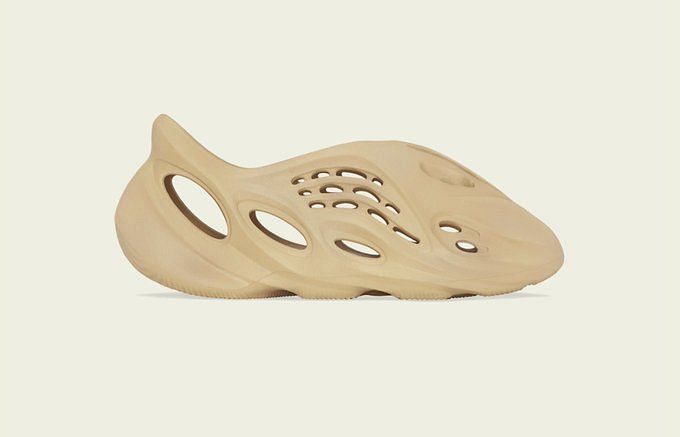 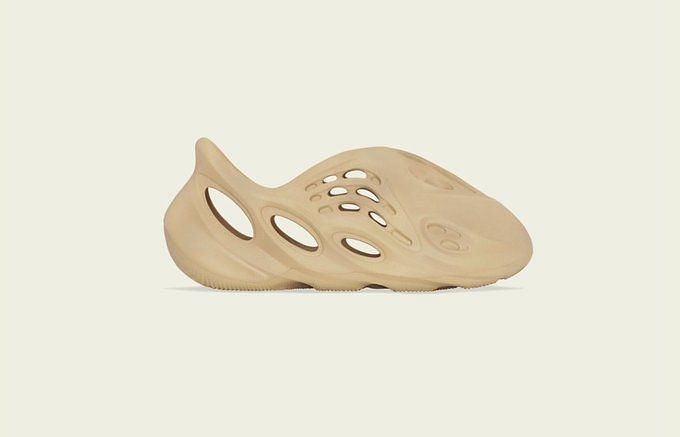 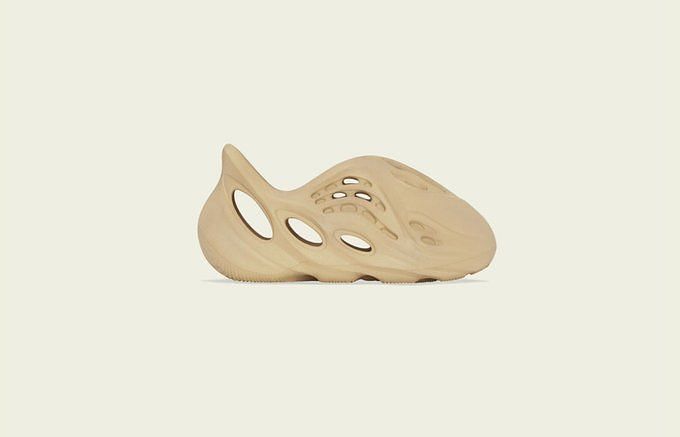 The Desert Sand palette, like many of the earthly tones seen on this model, is used in EVA foam footwear. The shoe has oval perforations and vents throughout and a grooved structure on the footbed for stability. Just the Adidas insignia appears on the heel of the Yeezy Foam Runner‘s insole, which is incredibly minimal.